Jonathan Salem Baskin , CONTRIBUTOR
Opinions expressed by Forbes Contributors are their own.

Airlines, banks, and cable service providers are delivering record-setting profits this year, even though they regularly rank low on most measures of customer satisfaction. The reasons why illustrate the utility of setting expectations, having a monopoly, and being uniquely expert at something, and the danger of assuming that customer-centricity means making customers “happy.”

Last week, American Airlines reported record quarterly profits and its first dividend since 1980. Southwest also set a record, and United’s profits were up 51% over a year ago. Delta announced its record quarter a week prior. Customer service seems to have little bearing on these results. Planes are more crowded, and passengers are paying more for tickets and incidental services, like bag check, while fuel costs are down

In fact, airlines rank low in most satisfaction polls — coming in below mortgage lenders in one major survey — and may benefit from consistently lowering traveller expectations, not trying to raise their hopes.

Even though flying is the only reasonable alternative for getting to places beyond a few hours’ drive, the number of things that can make doing so unpleasant is staggering. Perhaps what’s working for airline marketers is that flier expectations have kept in line with reality (all of the faux problem-solving on Twitter TWTR +0.00% notwithstanding), as this study by consulting firm McKinsey suggests. Southwest does it brilliantly, by effectively promising to laugh with its passengers about the inanity of it all.

Bank of America BAC +0.00% topped the 2014 Customer Service Hall of Shame, yet reported a loss far less than Wall Street expected (due to a large legal charge); otherwise, the industry is at near-record levels for profits, even as its marketers know that customers hate them, according to a CNN story earlier this year. Here’s another ranking in which they do poorly.

So, while the conventional wisdom is that banks must strive to improve those customer perceptions, it begs the question of what problems do those institutions need to fix first and foremost? Banks, like financial markets, enjoy government-granted monopoly control over their business sectors; other than loan sharks and mattresses, people have no alternatives to using them, which means that qualities like “authority” and “reliability” are, arguably, far more important than whether depositors like their banks (as found by this survey).

This suggests a very different approach to satisfying and, thereby, keeping customers, and it may include few of the aspects of affection that factor into models of brand loyalty. Again, most financial services companies are regularly lectured about the necessity of talking more and more often, usually via social media. Perhaps the customer-centric answer simply is to talk better.

The nation’s big cable operators are on their way to delivering 40%+ margins this year, even though disliking them is about as American as apple pie. The industry’s poster child on satisfaction is Comcast CMCSA +1.64%, which has been voted the worst company in country, according to Consumerist, yet last week it announced healthy increases in revenue, profits and customer acquisition. The company’s CEO was forced to note its bad ratings (embarrassing videos are becoming a popular sub-genre on YouTube) by declaring “customer service should be our best product.”

The data, however, suggest that its best product is connectivity and, in a world in which adopting alternatives for consuming video content are fragmented and can seem somewhat technically complex, such expertise may be the motivating factor for getting and keeping customers. This suggests a significant marketing opportunity for Comcast (and its brethren) to assert its know-how and reliability, and then orient its pricing in ways to literally lock-in subscribers to evermore rich content offerings that require no technical effort on their part.

These facts are even more compelling when you consider the amounts of time and money the ABCs of bad service spend on marketing that tries to change consumer opinions about service. Glossy TV commercials with big seats on vacant airplanes (and WiFi!). Apps for depositing checks. Entertaining spots about enjoying movies on handhelds, or whatever.

It might be more useful for the marketers at these brands to look more closely at what drives use and preference in their industries, and focus resources on strengthening what is obviously already working.

We can all agree that good service is better than bad, but such a blunt measure isn’t the panacea that a very vocal lobby of gurus and consultants would have us believe. There’s no apparent casual connection between the multitude of customer service rankings, and any meaningful difference in operational performance.

The ABCs of bad service are doing great business, thank you very much, and every marketer could learn something from understanding how. 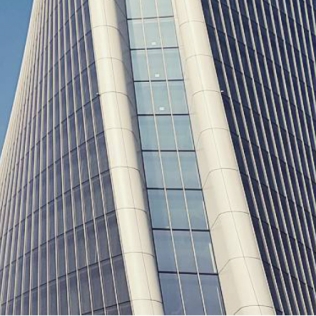 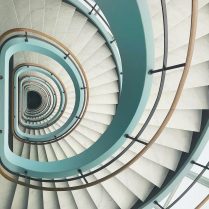