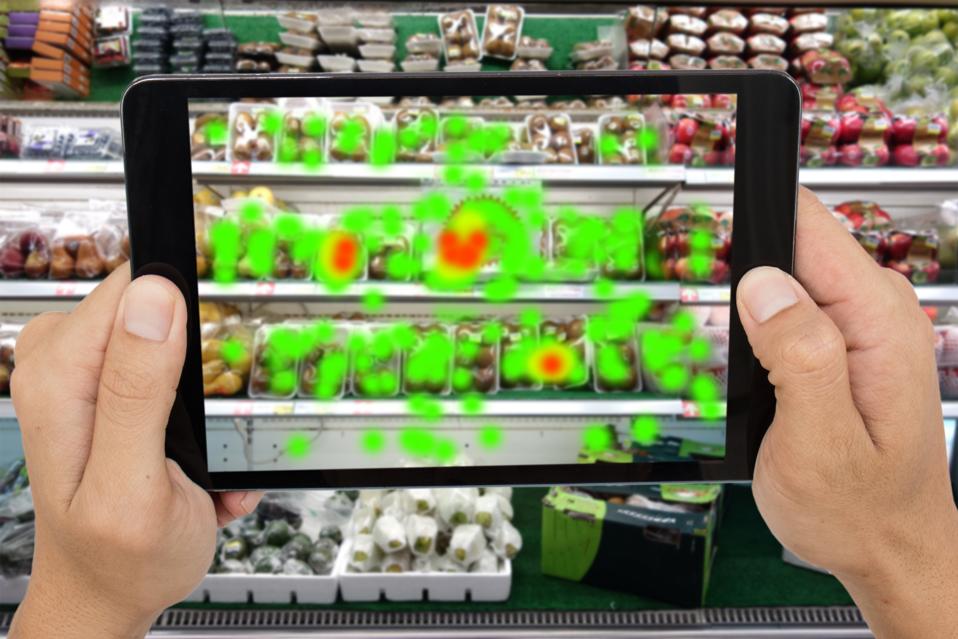 This kind of AR technology overlays products in the consumer’s home setting, so that they can see if it looks good or will fit or get a better sense for if it will go with pieces the consumer already owns. Consumer electronics have been on board with enabling “what’s the best sized TV for my space” (which someone will have to then wisecrack “the biggest you can afford to put there”) for years. It could easily be the oldest application of AR in retail. Home furnishings retailers have jumped on board as well, with companies like IKEA and Wayfair letting you figure out if you really like that sofa. You can even digitally test out paint colors on your walls without having to break out any paint.

Retailers also have rolled out consumer-facing applications that let them virtually try on clothing, makeup, and accessories. Memomi, a smart mirror technology company, has developed solutions that support all three scenarios, from sunglasses to sundresses. Neiman Marcus has been testing a clothing-oriented version of the technology. Sephora has a virtual makeup app. Jura lets you try on virtual watches on your wrist. The list goes on and on, and doesn’t look like it will stop any time soon – aside from the conversion rate benefits of making consumers feel comfortable about a purchase, there is a lot to say these days about any technology that helps reduce return rates from consumers making purchase mistakes.

Brands want to reach consumers at the shelf, and combining products at shelves with consumers’ phones will help them do that. Be on the lookout now for Sauza and Hornitos bottles in your local liquor store, which will offer an augmented reality experience around Cinco de Mayo, provided in partnership with Shazam. These experiences can focus on the practicalities of how to use the product or recipe ideas, or can be fun, entertaining branded experiences that cut through the clutter of traditional shelf-edge advertising.

For retail, nothing is more asset intensive than the decision to remodel or redesign a store layout. Virtual reality has already been around for awhile to help businesses visualize store layouts and potential traffic issues, but as the technology becomes more accepted, it’s becoming a greater part of testing consumer acceptance, A/B testing different format options, and more. It’s far cheaper to build out a virtual store than a real one, and the feedback retailers get about virtual store designs is close enough to what they would get in a physical environment as to make no difference.

Retailers have been using VR for shelf and assortment layout, and packaging performance tests for even longer than for store design.

Where VR is entering new territory in terms of business use is around the application of analytics to a VR experience. For an executive sitting in headquarters, there is nothing that helps you stay in touch with where the business is at than walking a store, but most important is the ability to “walk” through far-flung stores, or drop into any store in the chain – virtually – and see how it’s doing. Posting analytics through a VR interface that is driven off of the actual store design provides a lot of important context and can potentially surface connections between things like product categories that are physically proximate, which might not be easily found from a chart or a graph. This is much more cutting edge than some of the shelf layout or store design, but it’s definitely coming to retail – there are just too many advantages to being able to dive into the performance of a store, in the context of that store’s layout – to have this not someday be a staple of how a retail executive team evaluates performance.

Just because AR is tending toward consumer experiences and VR toward business use in retail does not mean that the respective technologies are exclusive in their applications. I’m certain there will be a shoppable VR experience soon, if I just haven’t missed it already. There is the London bar that offers a VR experience of the Scottish Highlands while you sip whiskey. And there are AR overlays for retailers too, like planogram compliance AR tools that show what’s right, what’s wrong, what’s missing. And I’m sure there are many more innovations to come on all fronts, as we’re really just in the early days of both AR and VR acceptance and use, both in businesses and among consumers. But in the end, for an office-bound executive, VR is going to shine light into parts of the business that an executive doesn’t get to see often enough, like far flung retail stores, while AR will more ably serve consumers looking to interact with real products in a digital way.